The crowd had the chance to witness a vocal performance by Ms. Nina Segalowitz, Artist and Indigenous Knowledge Keeper.

The crowd had the chance to witness a vocal performance by Ms. Nina Segalowitz, Artist and Indigenous Knowledge Keeper.

It was with great pride that NATIONAL Public Relations’ Indigenous Affairs team had the privilege of welcoming the 21st Prime Minister of Canada, The Right Honourable Paul Martin in its Montreal office on September 12. At the networking event organized by the Canadian Council for Aboriginal Business (CCAB), NATIONAL Public Relations and law firm Borden Ladner Gervais (BLG), Mr. Martin invited the many business leaders gathered to get involved with young Indigenous students and entrepreneurs to help drive economic development and prosperity in communities across Canada. 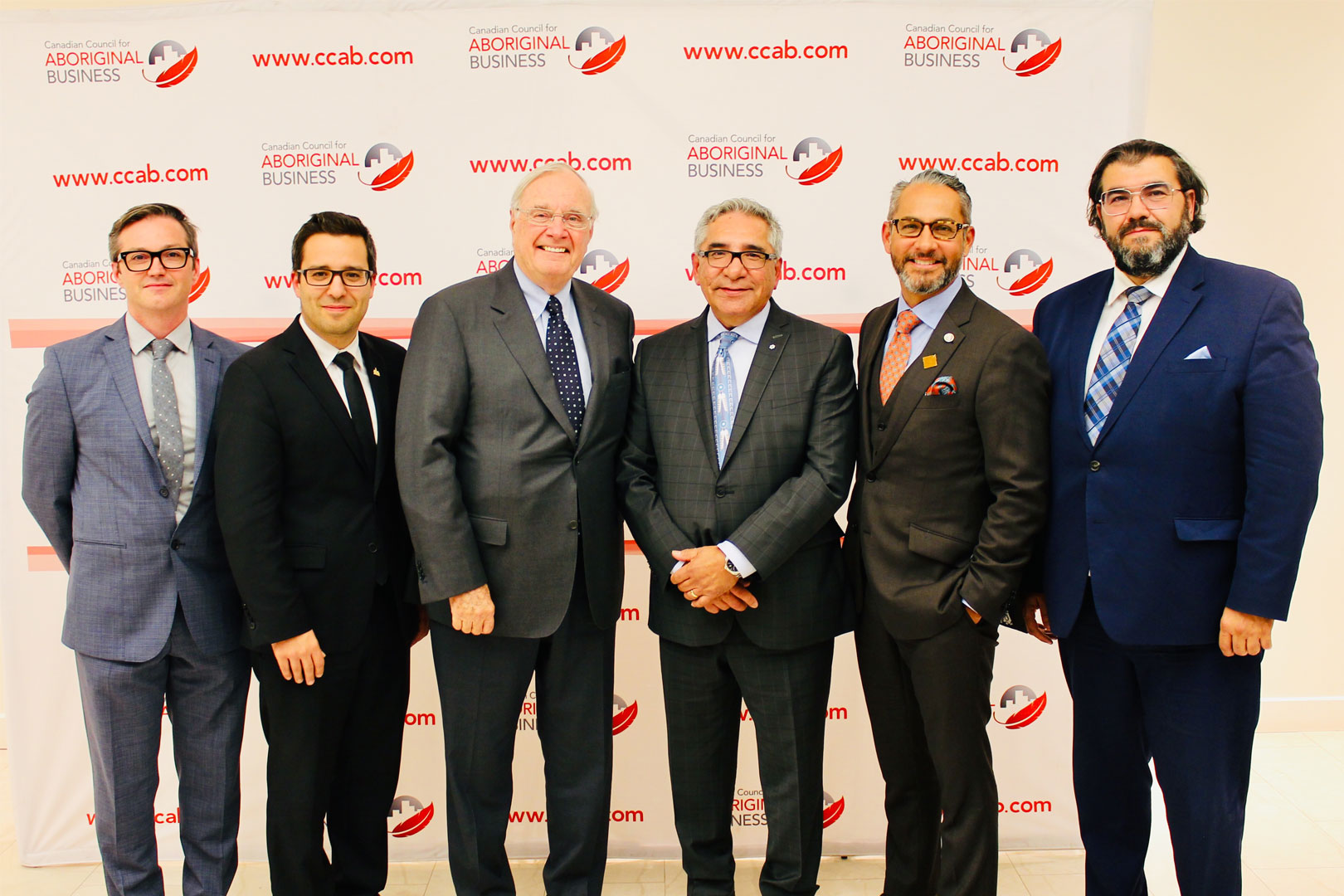 In 2009, the Martin Family Initiative (MFI) was founded as a private organization committed to improving education, health, and the overall well-being of Indigenous children and youth in Canada. The former Prime Minister has always pursued reconciliation and reserved a large part of his political and civic action to increase access to education and economic development for Indigenous youth.

Since its inception, MFI has sought to walk the path with Indigenous schools and communities as they define their priorities and goals, bridging the gap between community needs and available resources. The programs at MFI provide value for First Nations, Métis and Inuit youth across Canada and encompass education, health and community well-being. With a vision of furthering community economic development, the MFI promotes training and educational programs for young Indigenous students and entrepreneurs. MFI is now seeking greater involvement from businesses for support, mentorship and increased opportunities.

At the event, Jean-Paul Gladu, President and CEO of the CCAB, skillfully conducted an interview with The Right Honourable Paul Martin. Mr. Gladu, a member of the Thunder Bay Anishinaabe Nation in Ontario with an enviable business record, is very familiar with the reality of Aboriginal businesses and their ability to participate in and become important drivers of the Canadian economy. As Aboriginal entrepreneurship continues to grow, more and more businesses want to work with Indigenous communities and businesses and are looking for opportunities to partner, collaborate and succeed. The CCAB develops policies and programs that facilitate the growth of Aboriginal businesses, and builds relationships between Aboriginal and non-Aboriginal businesses. To ensure lifelong learning for Aboriginal entrepreneurs, CCAB facilitates the involvement of non-Aboriginal business leaders to provide practical business tools, expertise, research, training, and networks. As many of the evening’s participants could attest, these efforts are a testimony to the crucial role that Indigenous communities businesses and communities play in the future of Canada.

The evening, which also celebrated the 12th anniversary of the United Nations Declaration on the Rights of Indigenous Peoples (UNDRIP), included a special presentation on the key findings from a CCAB study on Indigenous entrepreneurship and its contribution to Canadian economic development by Max Skudra, Director, Research & Government Relations and Samantha Morton, Project Manager, CCAB. The research, which will be published in the coming months, are the results of in-person interviews with community and business leaders in over 100 Indigenous communities across Canada. Some key findings from the National Perspectives on Indigenous Economic Development research include:

This study makes it possible, for the first time in the country’s history, to understand in detail the current capacity of Aboriginal Economic Development Corporations, as well as the economic development goals, needs and possibilities of Indigenous communities. The CCAB research team’s efforts will help decision-makers better focus their policies, programs and supports for Aboriginal businesses and community economic development in Canada. 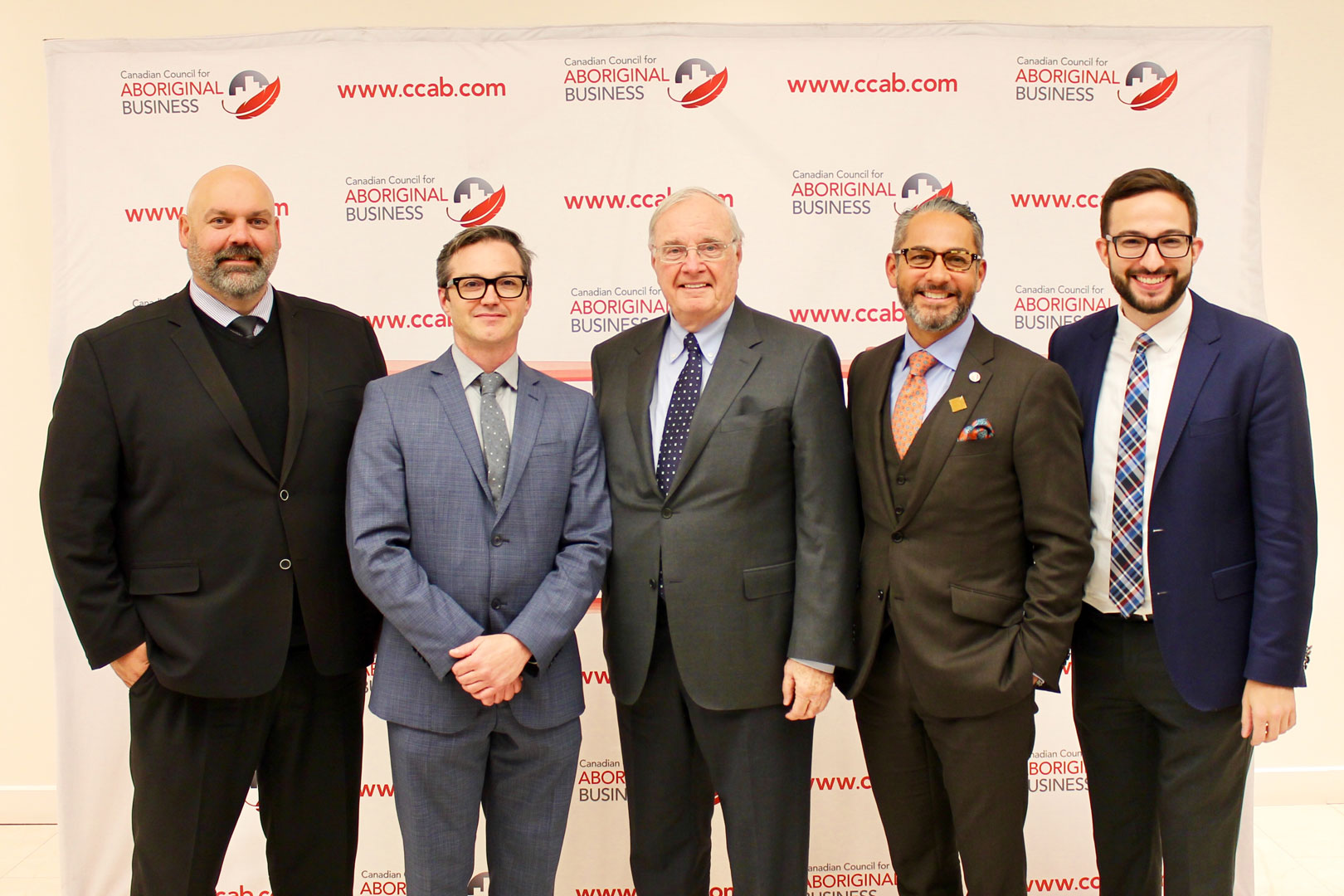