The B.C. Government has unveiled a stay-the-course balanced budget for 2020. It’s focused on the continued implementation of BC NDP's commitments to improve public services, to boost the economy by investing in infrastructure and to make life more affordable for average British Columbians.

New taxes on high-income earners and pop drinkers dominated the media headlines, but what do the budget numbers tell us about how British Columbia is doing and where it’s headed?

MM: Maybe. The NDP is projecting reduced revenues from a few key sectors, notably forestry, but if aspects of the economy continue to struggle, there’s certainly a chance we end in deficit. I do want to give some credit to the NDP for putting forward a balanced budget though. There was unquestionably tons of external pressure for new spending. I’m not a hard-line “all deficits are bad” kind of guy, but I don’t want to see a government unnecessarily borrowing money today to burden the next generation.

JF: It’s always good to forecast a balanced budget. That’s especially true if you’re the BC NDP and the knock against you is that you can’t manage the economy. Finance Minister Carole James deserves a lot of credit for her prudence in steering the province’s finances and resisting pressure from activists to spend more. That said, achieving a surplus this year is no slam dunk. It’s a slim surplus target, growth is slowing, and we’re living in volatile times. The novel coronavirus, a summer of wildfires or global geopolitical unrest could all drive the BC NDP’s best laid budget plans off course. 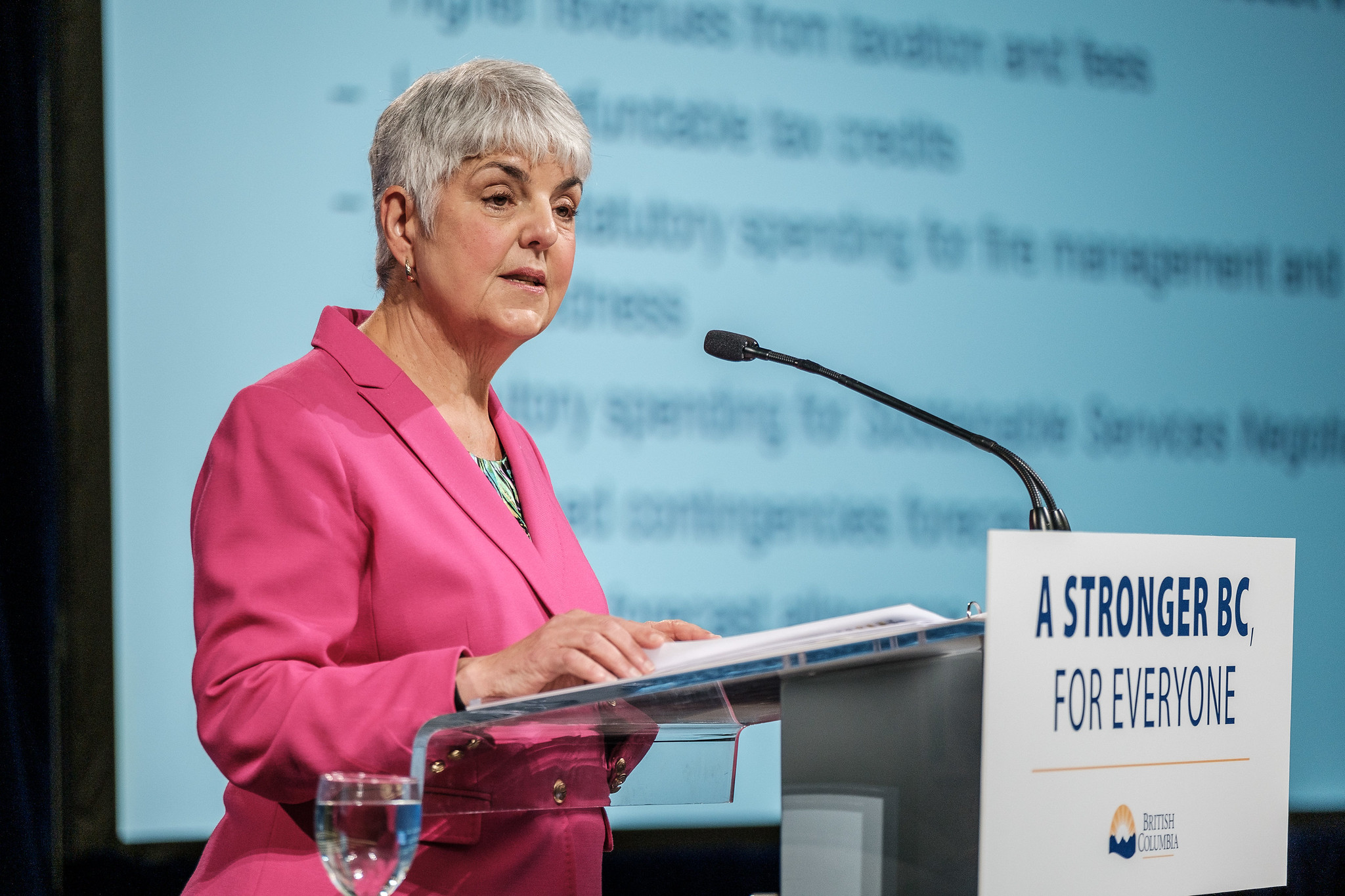 What do you think is behind the taxes on high-income earners and pop?

JF: It’s a mix of fiscal necessity and politics. The B.C. Government needs those new tax revenues to balance the budget. In fact, if you add up the money raised by those two taxes it’s roughly the same as the surplus. The BC NDP also sees the tax on high-income earners as a political weapon against the BC Liberals. Come election time, it will help Premier Horgan position himself as on the side of ordinary British Columbians and his chief opponent Andrew Wilkinson (who opposes the tax) as on the side of the “super-rich.” On the pop tax there’s no real political play. It’s about generating revenue and the government is confident health advocates will provide them with the cover they need.

MM: If you follow me on Twitter, you’ll see that I had a brief personal panic when I briefly thought that milk stouts and lactose IPAs may be captured by the new tax. I quickly realized that of course they aren’t, PST is already applied on beer. The sugary drink tax is fine. It’s equal parts reasonable public policy and cash grab. As Jeff notes on the high earners tax, this is a beautiful marriage of budgetary convenience and political dogmatism for the NDP.

B.C.’s economic growth forecasts are trending lower. Should we be concerned?

JF: I think we should. B.C. has come to depend on growth for funding services, and when we see growth forecasts of only around 2% for the next three years, you have to wonder where the government’s money is going to come from. And this isn’t a B.C. specific issue. British Columbia is actually expected to be one of Canada’s leaders in economic growth. But we’re seeing an across-the-board slowdown across Canada, and here in B.C. it’s particularly affecting our traditional industries like mining and forestry. Supporting the competitiveness of these sectors needs to be a priority for the government.

MM: Definitely. Growth forecasts and revenues are trending in the wrong direction and this budget offers very, very little to spark economic activity. The Mining Association of B.C. said it was “deeply disappointed” in the government’s inaction on competitiveness, while the highly-respected Business Council of British Columbia also said it was “disappointed in the budget” and that “…the budget is virtually silent on an agenda, let alone the implementation of a sustainable economic plan.” These are rough quotes from business leaders for an NDP government trying to prove it can manage an economy.

What in the budget really stuck out for you?

MM: It’s uninspiring. I’m not a fan of lobbying the "out of ideas" accusation, but this is an oddly stand-pat budget for a political party that spent 16 years in the penalty box atoning for its past sins. What stands out here is the lack of things that stand out. In particular, if you’re in a Vancouver Island community/business that has been devastated by the United Steelworkers strike, you definitely wanted to see more support and action than what the NDP is offering.

JF: Two things—the turnaround at ICBC and the record spending on infrastructure. On ICBC, the budget is forecasting the public auto insurance company will turn a profit this coming year while reducing rates and improving care for drivers. If the BC NDP can pull that off, if they can douse the dumpster fire, that will be a remarkable achievement. On infrastructure, this budget spends more on hospitals, schools, transit and roads than ever before. Premier Horgan believes that voters will be OK with him taking on debt when interest rates are low to improve healthcare, education and transportation in communities across the province. And it creates a lot of jobs too right before an election, which doesn’t hurt the BC NDP.

Any thoughts on the protest at Premier Horgan’s house?

JF: Get off the Premier’s lawn. The right to peaceful protest is a Charter protected right and is a fundamental feature of our democratic system. But I’ve got absolutely no time for anyone who protests at any politician’s home.

MM: Reprehensible. Also, not to take a shot at my media friends (I say, as I take a shot at "the media"), but I didn’t like how much coverage was given to a small number of extremists. I would have far rather seen more time given to telling the stories of the many, many forestry workers who showed up at the Legislature to raise awareness for what their communities have endured.

——— Jeffrey Ferrier is a former Vice-President at NATIONAL Public Relations

——— Matt MacInnis is a former Vice-President at NATIONAL Public Relations