Taking advantage of the media attention surrounding the 2019 Montreal Auto Show, NATIONAL partnered with Ford and Dr. Charles Morin, professor at Laval University, to raise awareness on the dangers of fatigue behind the wheel.

Using Ford’s “Sleep Suit” that simulates microsleeps events, members of the media were able to experience the effects that tiredness can have when driving, thus better understanding the dangers of drowsiness.

The media campaign conducted by NATIONAL during the Auto Show’s media day generated close to 16 million impressions, through interviews with most of Quebec’s major print, web and television media outlets.

Thanks to Dr. Morin’s internationally recognized expertise, the realism of Ford’s sleep suit and the work of NATIONAL’s public relations team, we were able to open Canadian drivers’ eyes to fatigue behind the wheel, which is the third cause of road accidents behind alcohol and dangerous driving. 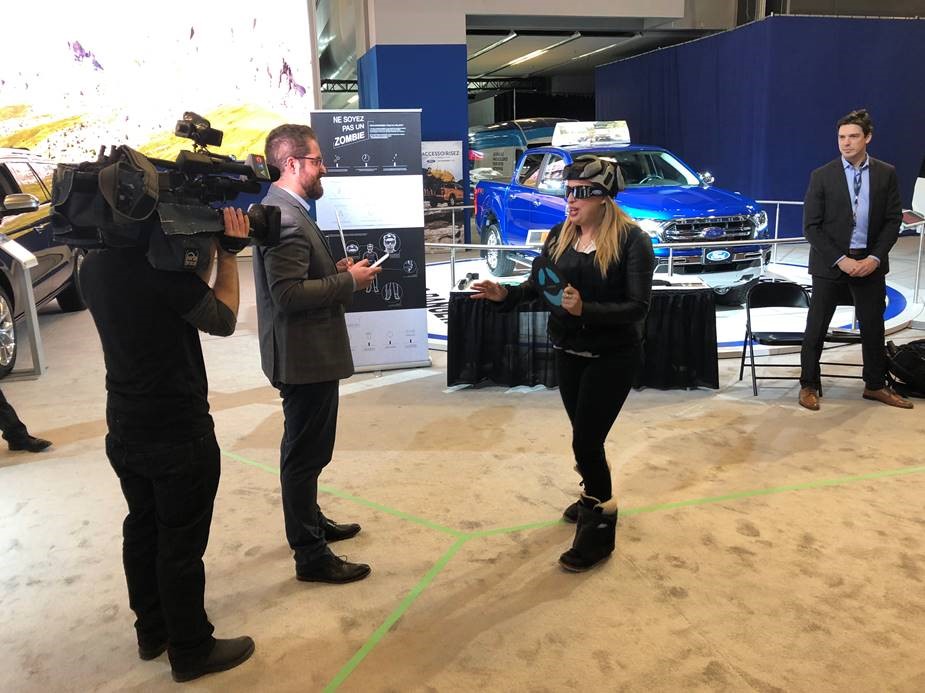 Raising awareness of the discrepancies in access to mBC medications
November 29, 2019