Playful. Dynamic. Curious. Open. Inventive. Connected. These are the hallmarks of a youthful city. But can North America’s oldest outpost be considered youthful? That depends on who you ask.

YouthfulCities offered an answer through its 2018 Canadian Index—the first ever comparative public urban index in the country. The Index deployed youth from coast to coast to collect data to measure and rank 13 Canadian cities on 121 indicators across three themes: live, work, and play.

By those metrics, St. John’s placed thirteenth out of thirteen—last place.

As proud Townies, that result didn’t sit well with us. Could our pride of place be blinding us to objective reality? Or, is there more to the story that needs to be captured?

To dig deeper, NATIONAL Atlantic hosted an engaging panel discussion in St. John’s led by Robert Barnard, Co-Founder of the YouthfulCities Index. Our panel of impassioned, impactful, and insightful youth confronted the issues head on, and it turns out that maybe being 13th isn’t so unlucky afterall. 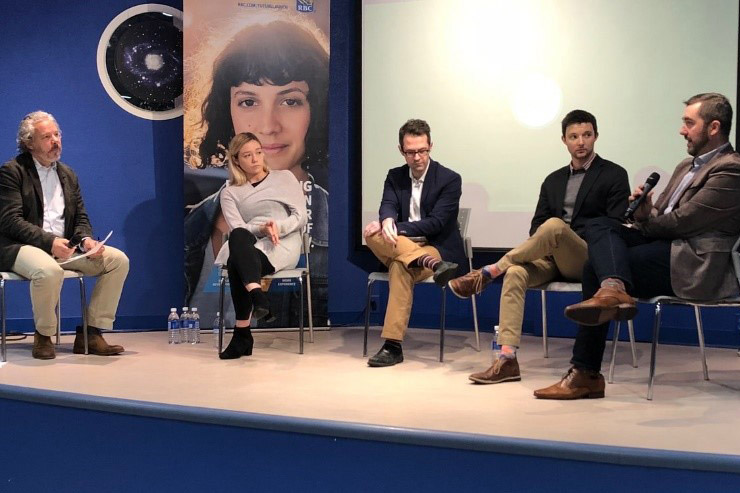 Here are some of the things we heard:

What St. John’s does right

1. We have a strong sense of place: During the discussion, two of our panelist self-identified as Newfoundlanders by choice. Reared on the mainland, they chose St. John’s as their home—and not because of the weather. Battered by the North Atlantic, Newfoundlanders have evolved to be optimistic, innovative, and creative. The result is a vibrant and colourful culture that is difficult to quantify and impossible to replicate. Home to a booming music and arts scene, renowned culinary hubs like Raymonds and Mallard Cottage, and to tech startups like HeyOrca, Kraken, and CoLab Software, St. John’s punches above its weight in entertainment and entrepreneurship.

2. We know how to attract students: Affordable tuition at Memorial University makes a post-secondary education in St. John’s attractive and accessible to students across Canada and around the world. We boast the second-lowest student debt levels in the country, and unique programs like cold oceans sciences and naval architecture position youth to become leaders in emerging industries that matter to our province.

3. We are affordable: St. John's leads the pack on affordable rental housing in Canada. The average rental property in St. John's will cost you $1,000 less than a similar space in Toronto or Vancouver. Affordable real estate means that home ownership is within reach for young professionals looking to settle down—a factor that one of our panelists cited as critical to his decision to stay in this scenic city on the coast.

Where St. John’s can improve

1. We need to retain students: Low tuition draws students to St. John’s, but after convocation, many wave goodbye with degrees in hand, never to return. To retain skilled and educated youth, government and industry must collaborate to connect new grads with existing opportunities. Initiatives like the St. John’s Board of Trade’s Connector NL work towards this goal, but greater communication between groups and awareness of services is needed to tap the full potential.

2. We need to build up—not out: Outside of the picturesque downtown core, St. John’s is a sprawling and suburban city. As a result, we claim the highest rates of vehicle ownership out of all indexed Canadian cities. Urban sprawl complicates transit solutions and makes biking or walking impractical. Going forward, urban planners must prioritize building up and in—not out.

3. We need to collaborate with other municipalities: The City of St. John’s accounts for about half the population of an integrated greater census metropolitan area (CMA). While the physical boundaries between St. John’s and neighbouring communities become increasingly foggy (even on a clear day), political boundaries remain rigid. Increasing collaboration among municipal councils could help the St. John’s CMA to strategically plan whole communities—places where youth can live, work, and play.

To say St. John’s is the least youthful city in Canada doesn’t tell the full story. It does, however, catalyze a critical conversation: St. John’s as a whole benefits from being identified as more playful. Dynamic. Curious. Open. Inventive. Connected. In other words, more youthful.

We’ve helped to identify some of the stepping stones to become a more youthful city, now it’s up to the people of St. John’s to keep up the momentum.

With contributions by Matthew Raske, intern at NATIONAL

All eyes on social acceptability
November 22, 2018