Dr. Jennifer Gunter is fearless. She’s taken women’s health myths head on, and challenged everyone from anti-vaxxers, to Gwyneth Paltrow and the GOOP Empire, to pro-life groups and U.S. President Donald Trump.

“There are layers and layers of shame baked onto being a woman,” she told Lainey Lui, author, celebrity gossip guru and co-host of CTV’s The Social, who moderated the breakfast discussion. “So you don’t want to add to that. Instead I give facts. If we keep presenting facts, change will happen.”

Many women—and men—have followed Gunter for years, pouring over her blog since 2011 and subsequent New York Times column. Often referred to as the Internet’s doc, she has international credibility and has long been someone to watch in the health and women’s health space. In recent years, her social media profile has exploded. 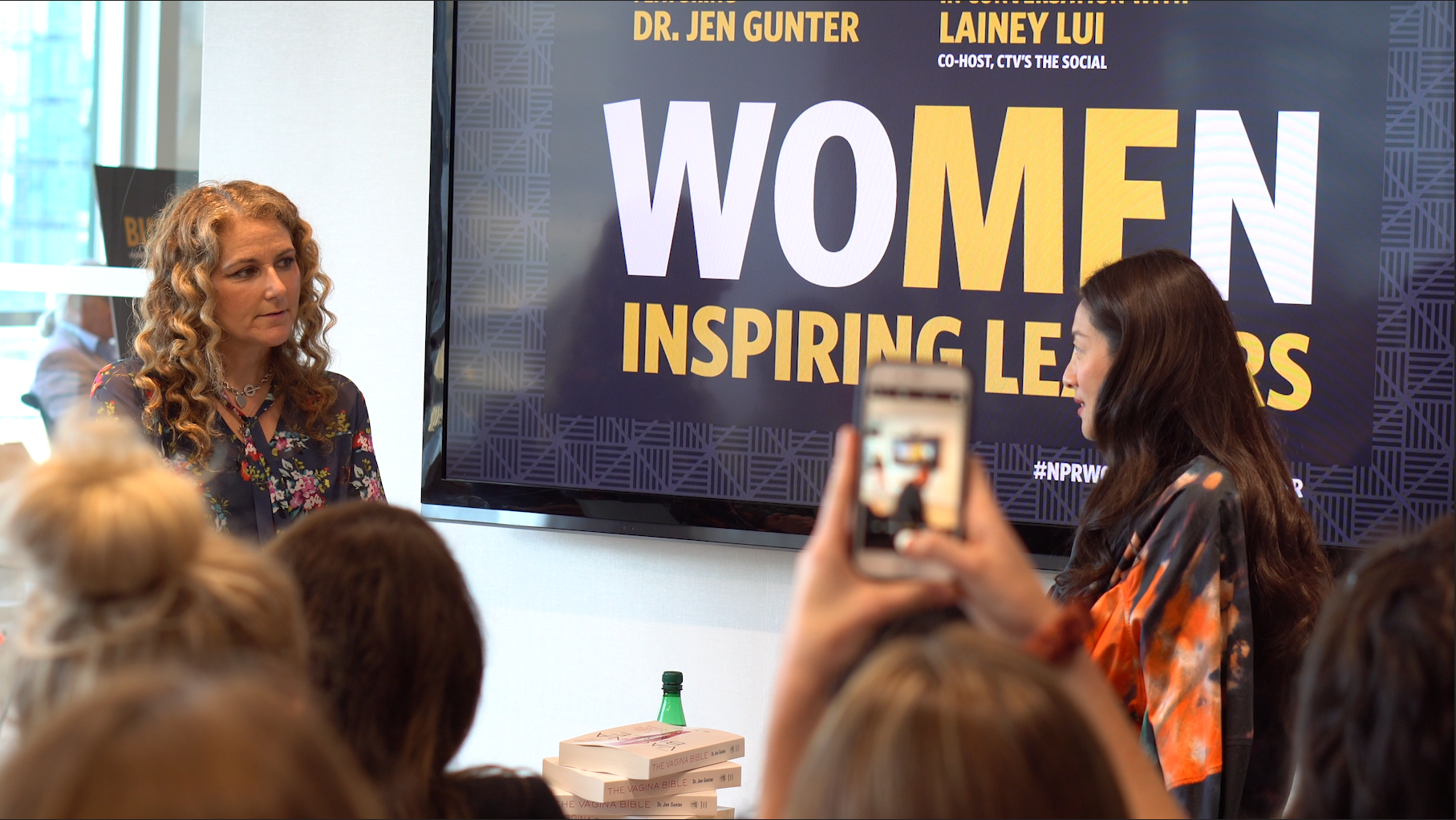 Gunter in conversation with Lui shared the nitty-gritty about her recently released book, The Vagina Bible—and she did not mince words. Here are some of our favourites:

Dr. Gunter’s best advice on honing the skill set of new leaders is: “be yourself.” She recalled her own medical school days, where she bucked tradition and learned the power of showing up as your best self.

We can all learn a lot from this—it’s not about playing the role you think other people want you to play, but bringing your own best skills to the table. Sage advice in a world full of self-promotion and inauthenticity. Speaking about her own influence and the power of female leaders in general, Gunter left the women in the audience with a reminder of the power of collaboration. “Everything we have as women is because of the women who came before us,” she said.

Gunter is hopeful her work will support her goal of lifting other women up—and subsequently, inspire others to do the same.

——— Victoria Beales is a former Associate at NATIONAL Public Relations

Playing tourist in your own office
August 30, 2019