With the Montreal Pride Festival in full swing, our Montreal office highlights the richness of its diversity in a very special way.

So much has changed since Chicago's first Pride parade in 1970. In just five decades, so many battles have been won. So many rights have been recognized. So many freedoms have been acquired. And yet, despite all these advances, so much remains to be done.

Even today, same-sex relationships are subject to criminal charges in more than 70 countries, more than a third of the world's nations. Not to mention all the countries where, even though homosexuality is no longer considered illegal, LGBTQ2S+ communities still face constant repression, exclusion and, in some cases, violence. 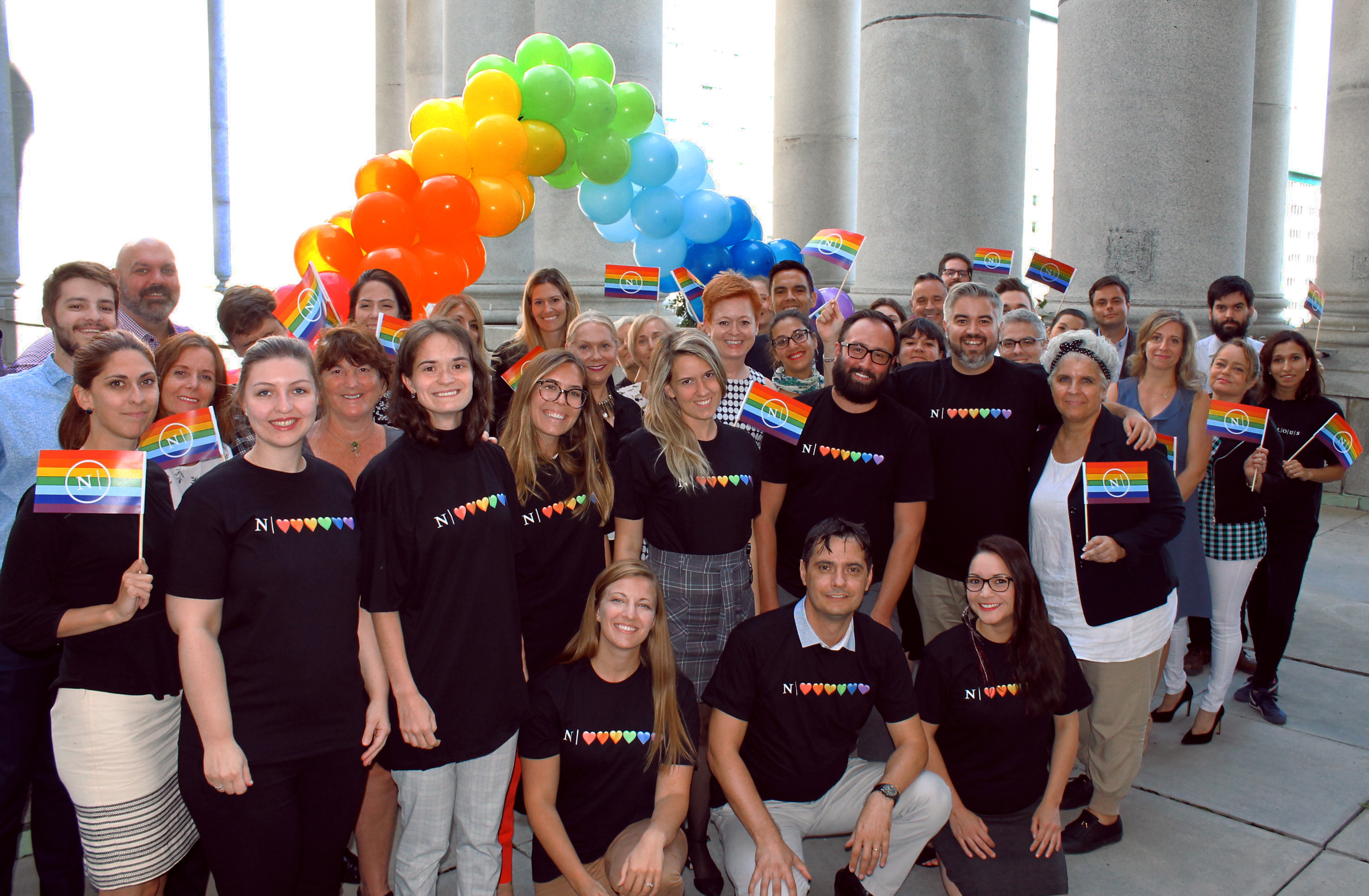 In Canada, although homosexuality was decriminalized in 1969 with the adoption of the now famous Criminal Law Amendment Act of the Pierre Elliott Trudeau Government, the fact remains that an important work of awareness and education is needed in order to change perceptions of these issues once and for all. Doing so will be enable us to ensure that no one has any difficulty to accept themselves or to be accepted by their peers. In 2018, it is highly deplorable that some are still subject to petty comments, hatred or rejection in our society because of their sexual orientation or gender identity. In Quebec and Canada, our diversity is our strength, so let's celebrate it!

This year our Montreal team wanted to mark this Pride week in the metropolis by meeting on our terrace for a friendly gathering, time to remind us that there are still many causes to defend, many struggles to end for the rights and freedoms of LGBTQ2S+ communities, here and around the globe. This is a mission in which we are pleased to take part.

Members of our team will also be attending the Pride Parade on Sunday, August 19th in the streets of Downtown Montreal, showing their pride in belonging to such a beautiful and rich family.

It is said that creativity and genius can only flourish in an environment that respects individuality and celebrates diversity. As such, NATIONAL is proud to bring a touch of colour to our world, as each member of our team, whether L, G, B, T, Q, 2S or other, contributes in their own way to add a little life to this beautiful rainbow.

——— Raphaël Melançon is a former Consultant at NATIONAL Public Relations