British Columbia’s Members of the Legislative Assembly returned to Victoria on Tuesday to kick off the spring session with the Throne Speech. Premier John Horgan had hoped the speech would put the focus on the government’s accomplishments and plans for the upcoming session. The government was particularly interested to highlight what it has done on its three main election themes—building a sustainable economy, improving services, and making life more affordable for B.C. families. Those hopes were largely dashed by protestors, who blocked MLAs and journalists from entering the Legislature to demonstrate their opposition to the Coastal GasLink natural gas pipeline. Their boisterous demonstration proved more interesting than a speech that mostly looked back on the B.C. NDP’s previous accomplishments and offered little in terms of new promises.

Jeff Ferrier and Matt MacInnis, two members of our Vancouver-based Public Affairs team from different political backgrounds, share their thoughts on the 2020 Speech from the Throne.

What does the Throne Speech tell us about B.C. politics and where it’s headed?

MM: Important confession: I’m not a big believer that the Throne Speech matters. I don’t think there needs to be a Throne Speech at the start of every session. Today, we mostly heard the same high-level talking points the NDP has been using for the last two and a half years. And I don’t mean that as a criticism. I will say that nobody should take much stock in the inevitable criticism that the speech didn’t reference Issue X or Topic Y. You’re never going to fit everything into one speech. I look forward to the real indication of what the government intends to do next week, when it unveils the 2020 Budget.

JF: I’m with you on this one, Matt. A copy of the Throne Speech and $4 will get you a cup of delicious Government Street coffee at Murchie’s. Yes, the speech tells us about the government’s priorities for the legislative session. But 2.5 years into Premier Horgan’s mandate, chances are you’re already well aware of what those priorities are and what’s being done to advance them. At this stage in the electoral cycle, the government’s burning imperative isn’t legislative activism. It’s making sure hard-working British Columbians understand what the government has already done. So if you’re looking to improve your working relationships with the provincial government, now’s a time to focus on implementation of existing government policy rather than development of new public policy.

The Throne Speech mentioned the government’s proposed reforms to ICBC, the province’s publicly owned auto insurance company. Do you think the changes will actually go through?

JF: I do. Premier Horgan has policy and political problems with ICBC, and his proposed fix addresses both. The removal of most legal fees from the system will fix the policy problem—rising auto insurance rates and ICBC’s quickly deteriorating fiscal sustainability. Moving to a no-fault system (the government prefers to call it “enhanced care”) also cools the political heat the government was feeling from the B.C. Liberals to turn over auto insurance to private insurance companies. For frustrated drivers, the promise of 20 per cent lower rates and a maximum of $7.5 million for accident benefits spells relief. And with doctors, physiotherapists and economists lining up behind the NDP proposal, the only stakeholder group lining up behind the B.C. Liberals and the insurance companies against the B.C. NDP will be personal injury lawyers—and that’s a fight the government is willing to have.

There’s a good lesson here for you if you’re engaging government. Public affairs are about more than just government relations. It’s also about stakeholder relations. Secure the support of key groups trusted by the public and respected by the government, and you vastly improve your chances of success.

MM: I’m not an expert in insurance or the law, so I don’t want to speculate on whether the policy shift will work or not. But I do have some observations on the political side: 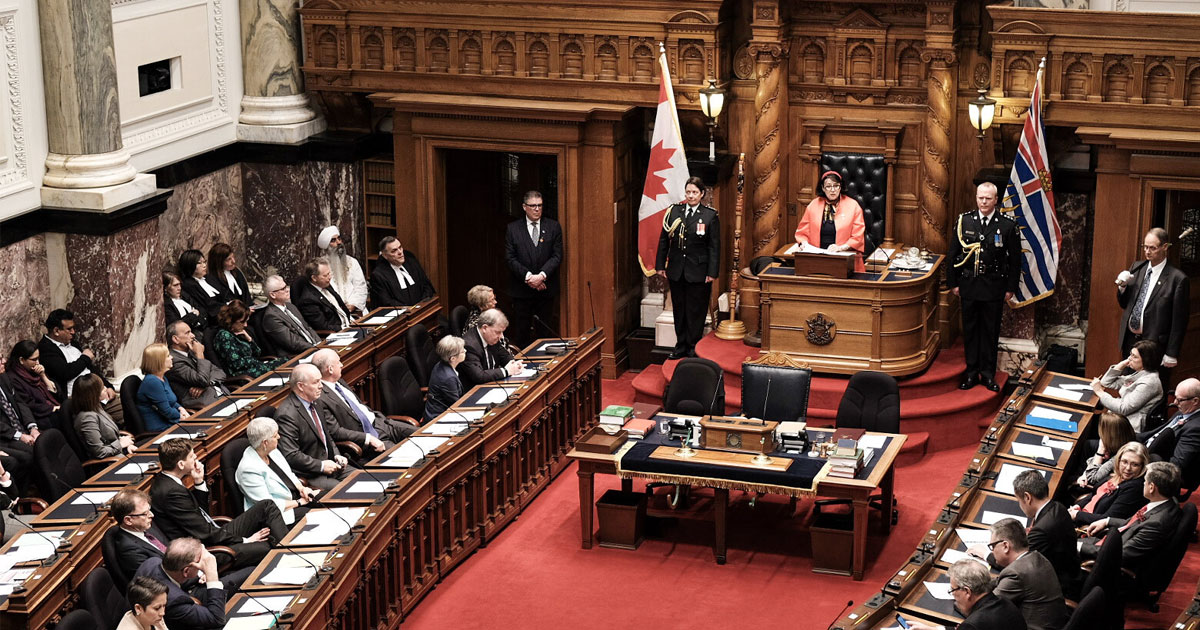 What do the protests tell us about how the public trusts in B.C. Premier John Horgan?

JF: Looking at just public opinion, I don’t think the protests will have much impact. British Columbians like John Horgan. They support LNG projects. Protests inconveniencing the public (and forcing journalists to climb walls to get to work) won’t generate much public sympathy. What the B.C. NDP will be watching is the mood among party activists. Environment and Indigenous reconciliation are important issues for the NDP’s base and might sow mistrust about the leadership among the rank-and-file. That’s the real risk for the B.C. NDP—less support from the people who typically donate their time and energy and money to getting New Democrats elected to the Legislature.

MM: Nothing. There is no evidence I’ve seen that suggests this small group of protestors is representative of a significant share of the electorate. Furthermore, in fairness to the Premier, they don’t really appear to be specifically protesting him or his government. The project they appear to be fighting has the support of both major parties. It is difficult to imagine that physically restricting people—including reporters, staff and MLAs—from entering their place of work will move public trust against the Premier.

Andrew Wilkinson just marked his two-year anniversary as leader of the B.C. Liberals. How is he doing?

MM: He took over a political party that “won” the previous election, which is pretty rare. He’s also had a couple of gaffes that I’m guessing the NDP will trot out for attack ads in 2021. Mr. Wilkinson is an exceptionally bright person. But he’s going to struggle in comparative likeability beside today’s version of Premier Horgan, who has quite effectively reshaped his image from “Hulk Horgan” to the generally affable dad joke/“I’d have a beer with him” Premier. I’d encourage the party to lean into his strengths and avoid refighting ground that is already lost.

JF: Andrew Wilkinson is still a work in progress. His initial path to victory—winning the support of the B.C. Liberals’ establishment—always meant it would be an uphill battle to distinguish his own leadership from his predecessors and the past. It’s two years in and he’s still struggling to articulate his vision for B.C.’s future and he’s having to spend too much time defending the B.C. Liberals’ record (on housing, money laundering, and ICBC—to name a few). At a certain point, if Mr. Wilkinson wants to form government, he will need to progress beyond just saying “the government is bad” and convince voters he’s got a plan to improve their lives and that he can be trusted. He’s not there yet.