Still active during the summer, the Ghislain Dufour Business ForumTM welcomed Mr. Gérard Deltell, Conservative member of Parliament for Louis-Saint-Laurent and official opposition critic for the Treasury Board and the Digital government, on July 2. As the federal election is nearing, Mr. Deltell talked about three initiatives the Conservative Party hopes to put in place should it form the next government. These initiatives are regarded as pragmatic, realistic and responsible.

Hoping to achieve budgetary balance within five years, Andrew Scheer’s Conservative troops wish to provide more flexibility to Canadians. Mr. Deltell confirmed that his party has no intention to change the Canada child benefit, as this financial input is deemed important.

Mr. Deltell presented an overview of his party’s green plan, which includes 55 measures to help people, businesses, provinces and cities reduce their greenhouse gas (GHG) emissions. One of these measures is the abolition of the carbon tax, as Conservatives are convinced that “taxes don’t lower GHG emissions”. The Conservative green plan would instead force large emitters to respect emissions thresholds, at the risk of having to invest in research and development if they exceed the set limit.

Finally, Mr. Deltell briefly talked about his party’s project for a national energy corridor, along which would be concentrated oil, gas, and electricity lines. According to the MP, such a project would allow safe, responsible and socially-acceptable energy transportation across the country, while ensuring prosperity for all stakeholders. 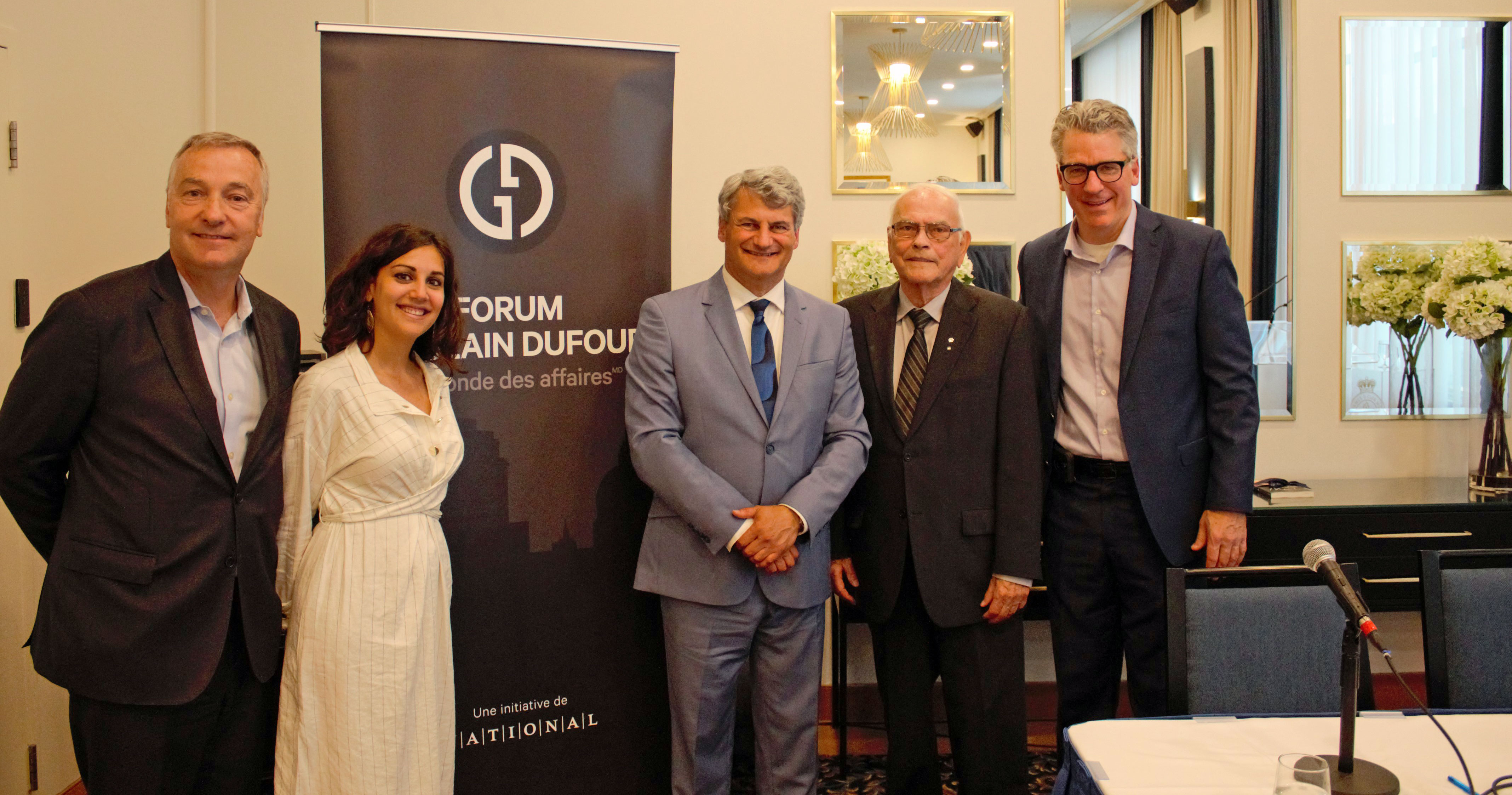